In the Fall of 2020, when groping cautions filled newspapers and universities announced hasty measures to take their history seminars online, I spent a hurried week re-writing my syllabi on British empire to investigate the history of disease.

Across the British empire, among the most fearsome epidemics were the plagues of malaria and cholera. Both have moral lessons to teach present-day readers about the shape of disease. Part of what they can tell us about is the importance of shared infrastructure past. Both diseases had all but vanished from Europe by the end of the nineteenth century. Both diseases endure across Asia and Latin America today, testimony to where money was spent—and where money was not spent.

Many readers know about how cholera inspired Europeans to rebuild their cities. Cholera epidemics prompted the building of municipal sewers and water supplies. But when it came to building sewers for European colonial capitals—say Delhi or Madras—thrift rather than health was the law. As a result, cholera continues to rage across India to this day. European travelers and Indian elites are vaccinated.

The lesson of cholera is about the importance of spending money on infrastructure when an emergency strikes. Bottom line: how much we’re willing to invest in reaching everyone right now can determine whether, ten years from now, we look at the COVID-19 pandemic as a distant memory: or whether the COVID-19 pandemic and epidemics like it become a poor peoples’ disease, endemic to certain nations and countries, considered beyond our power to fight. 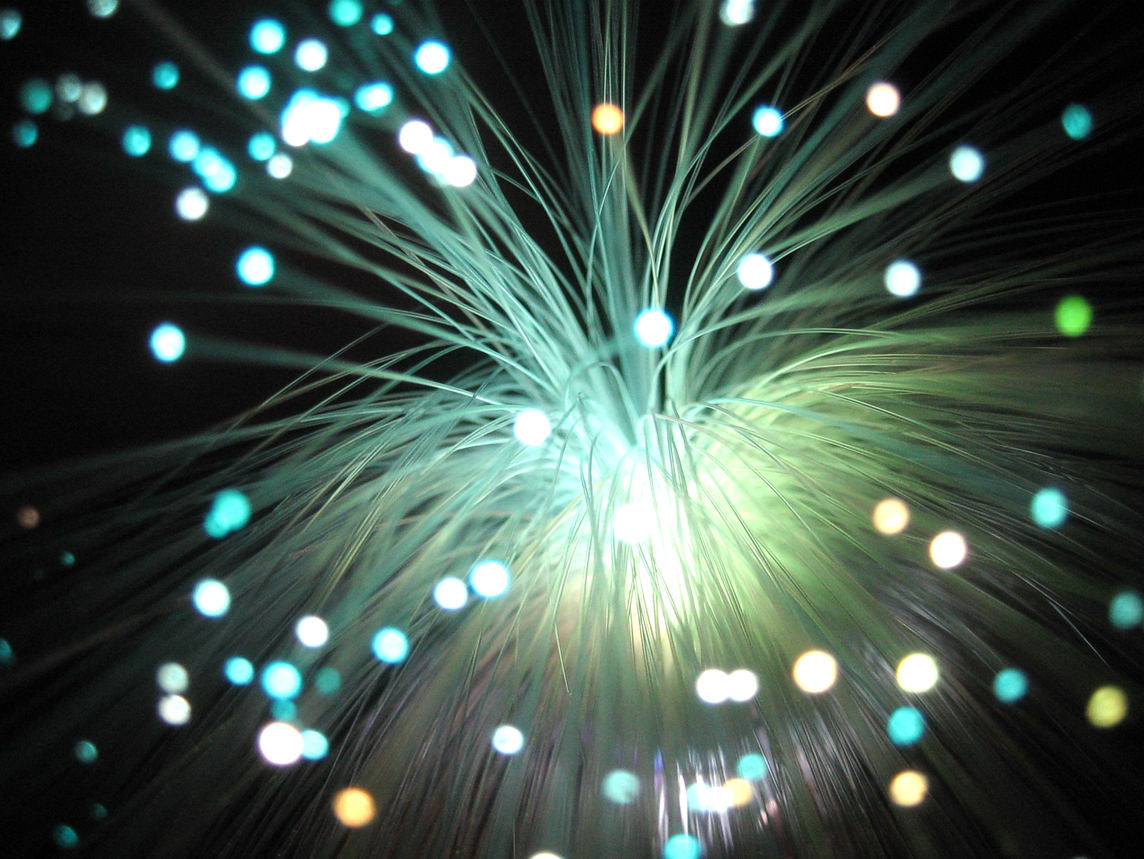 The story of the fight against malaria tells a similar story about disease and poverty. For most of the 19th Century malaria was defined as anything that would be cured by quinine, the bark of the chichona tree. So, malaria was classified with a variety of other fevers: anything that could be cured by quinine was classified as malaria, as recent research has shown. After the advent of modern bacteriology in the 1890s, reformers learned to identify malaria and to associate it with the mosquito, which led to campaigns of trying to eradicate malaria by draining swamps and using pesticides.

But identifying the disease did not solve the problem of malaria in most places; it proposed another solution, but not one that the world could afford. The cost of fighting mosquitos across the world was staggering, especially in places left in poverty by European colonialism. Malaria still ravages communities in large parts of Africa and India today; there were 219 million cases in Africa in 2017 alone.

Thus, malaria was eradicated in the U.S. South (because rich whites lived there) and in Panama (because U.S. engineers were building the canal), but not in India—too big, too poor, too racially other. In his survey of world pandemics, the historian William J. Hays suggested that epidemic disease is primarily a reflection of poverty. Whomever societies exclude from education and food, societies tend to exclude from cures, because cures of any kind are expensive when scaled to the population of the earth. Hays’ thesis reinforces a point made by some journalists who have been tracking the spread of Coronavirus through jails and homeless centers and detention centers at the border: whatever divisions we have opened up, whomever we have excluded already, those will be the populations that suffer the worst in an episode of pandemic.

There are two possible lessons of history for this epidemic: one is about the likely results of freelance data collection, and the other is about the importance of technology in providing safety to as many populations as possible.

But pandemics can also be a time for human togetherness, and indeed for political and technological innovations that support cooperation and collaboration. Notably, concern for the community and freelance data-collection stopped the epidemic long before science fully understood what cholera was. Before the advent of modern bacteriology of virology, John Snow’s famous map of the cholera outbreak in his community led him to remove the handle from a Soho water pump on Broadwick Street, which he suspected as being the source of contaminated water that was poisoning his neighbors.

But coronavirus spreads in ways that challenge the preventative measures taken in 19th Century cities. The six- to nine-feet distance required for social distancing means that any public space—from the playground to the classroom to the dormitory or beach—is potentially toxic. Home WiFi and cell phone signals have become the modern infrastructure of sanitation: like clean air and water, they keep families safe from the disease, securing some communities but not others.

There are two possible lessons of history for this epidemic: one is about the likely results of freelance data collection, and the other is about the importance of technology in providing safety to as many populations as possible.

A first possible lesson of history is that diseases are fought by data collection, even as much as they are fought by medicine. In order to fight the COVID-19 pandemic, we need data about how it is spread—maybe running in advance of medical science. Our knowledge at the moment emphasizes the way that the disease follows vectors of transportation like roads and air traffic. South Korea has used data from cell phone records to track those infected with the disease. How much more might we learn from more data, from a voluntary effort to share and collect information about who was infected, where and how? Of course, for that data collection to happen, we would need several things, including, at minimum, more tests, as well as an infrastructure for collecting information.

The second lesson of past diseases is that broadcast technology has been one major way of fighting disease, and new commitments to technology often come in their wake. If the sanitary technology of cholera was the sewers, the sanitary technology of the coronavirus are those technologies that connect us and allow us to work at a distance—the infrastructure for mass video calls, the tools to collaborate on co-authored documents, shared data troves that many individuals, companies, and governments can use to find results and innovate through the emergency, and broadband.

The lesson of malaria is that the communities that are cut off from infrastructure today stand to be put permanently behind tomorrow. Today, some activists are reaching out for early releases from detention centers and jails; others are looking into making sure that inmates have access to the internet. What if some communities began to look upon basic sanitation and access to WiFi as part of the basic sanitation that even prisoners and immigrants detained at the border deserve? Investments in common infrastructure means greater resilience in a time of crisis. There are opportunities here for WiFi and broadband providers and the hosts of data repositories to propose a new vision of what the connected—and safe—city looks like, and to sell that vision to the communities that can afford to make a bold investment in their collective resilience.

If the sanitary technology of cholera was the sewers, the sanitary technology of the coronavirus are those technologies that connect us and allow us to work at a distance—the infrastructure for mass video calls, the tools to collaborate on co-authored documents, shared data troves that many individuals, companies, and governments can use to find results and innovate through the emergency, and broadband.

Consider what it would mean to treat anonymized data about online interactions, video tools, and broadband as a shared resource at this time of crisis. Some communities may begin to demand city-wide WiFi—and the city-owned fiber-optic network to support it—as a public utility. This is something a few forward-looking cities like Chattanooga implemented a decade ago. Today, the cities that made moves of this kind are better-positioned than most metropolitan areas to making sure that all workers have an opportunity to contribute and all children have a chance to receive tuition. Meanwhile, in many other cities across the United States, poorer families have continued to rely on public libraries to access WiFi—public libraries that are now closed to them.

Similarly, communities that build up shared repositories of data—including digitized, appropriately anonymized records of managerial phone calls, classrooms, city management, and telemedicine visits—will supply data analysts with the material to find patterns and create discoveries that can lead to ongoing innovation even during the pandemic. By treating data as a shared infrastructure of community life, rather than the private preserve of a few monopolies, those communities will open up the possibility of a world where universities and even high-school students make their own discoveries about the transmission of the disease, or even about the best and worst practices of a world characterized by online learning, management, medicine, and social interaction.

As the FBI warnings over Zoom failures this week have demonstrated, it is crucial that we make collective investments in forms of technology that allow more people to work remotely. In a world where more and more people are called upon to work remotely, communities will be served by infrastructure that enables connectivity.

Finally, one of the lessons of past epidemics is that those that are left behind today may be left behind for a long time to come. London and Paris got clean drinking water by the close of the nineteenth century, but clean water is out of reach for significant stretches of the world across Asia, Africa and Latin America—a fact that will doubtless contribute to the spread of the coronavirus in those communities, as it has contributed to the intractability of other diseases for a long time.

Nations and cities around the world will be asking themselves, facing this epidemic, whether they can afford utilities of various kinds—from sewerage and drinking water to community broadband and Wi-Fi. It is worth remembering that failing to secure that infrastructure now will leave a community in the lurch facing future challenges of all kinds. The question for poor communities from prisons to immigrants to slums to stretches of the developing world should be not: “Can we afford it?” but: “What is the cost of permanently ejecting that community from our own? How much more might those individuals contribute to our world—tallied not over a year but over a lifetime—if they had been included in our plans?” Infrastructure is always expensive; it is only when tallied across lifetimes, cities, and regions that it begins to look like a profoundly wise investment.

NEWSLETTER
Sign up for the monthly newsletter and get each new article per e-email.